Germany.ru is the oldest and largest Russian-speaking online community in Germany, with members from Germany, Ukraine, Russia, Belarus, and many other countries. Since 1999, it has been the most reliable source of information for people living in Germany.

I’ve been working with Andreas, website owner, to bring UX and UI to the next level, paying special attention to usability on mobile screens.

The first step was to build a foundation – develop an efficient design system, including:

Design system demo page, showing some of the components: 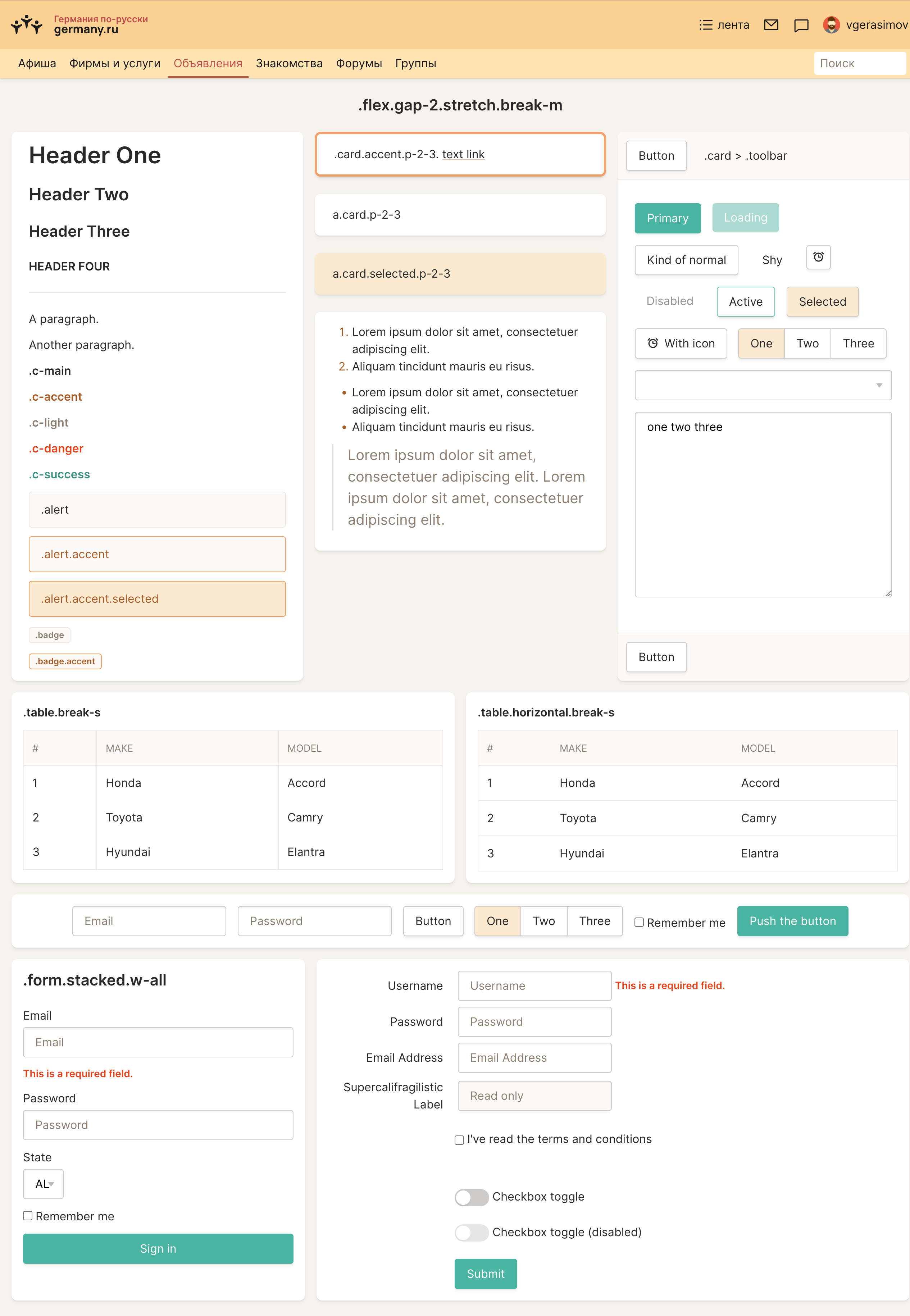 Same page, with a different theme: 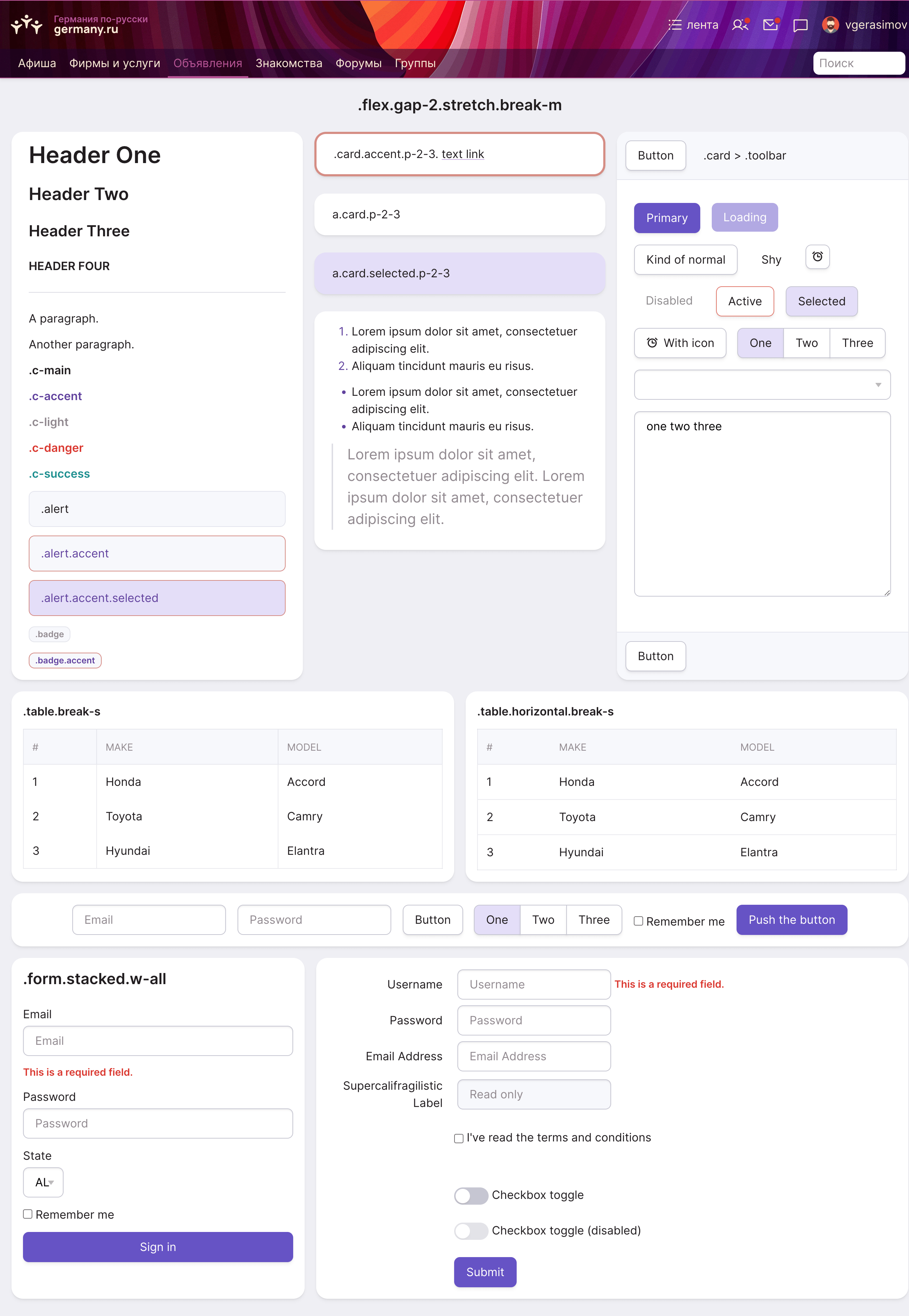 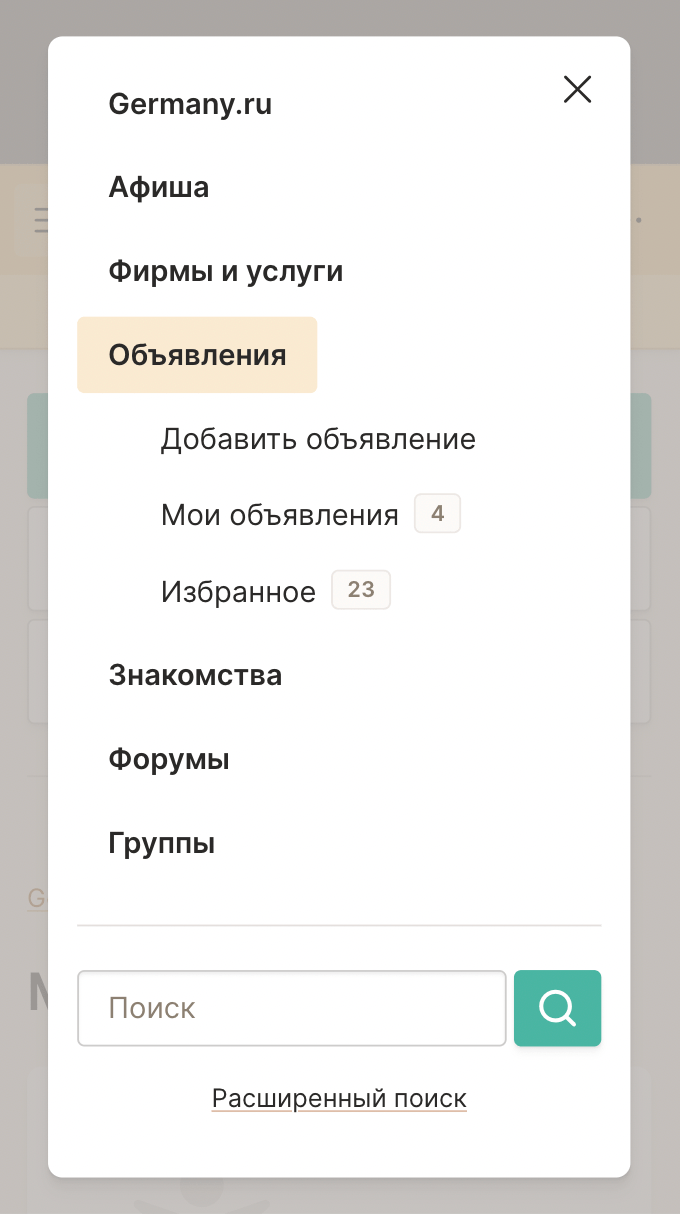 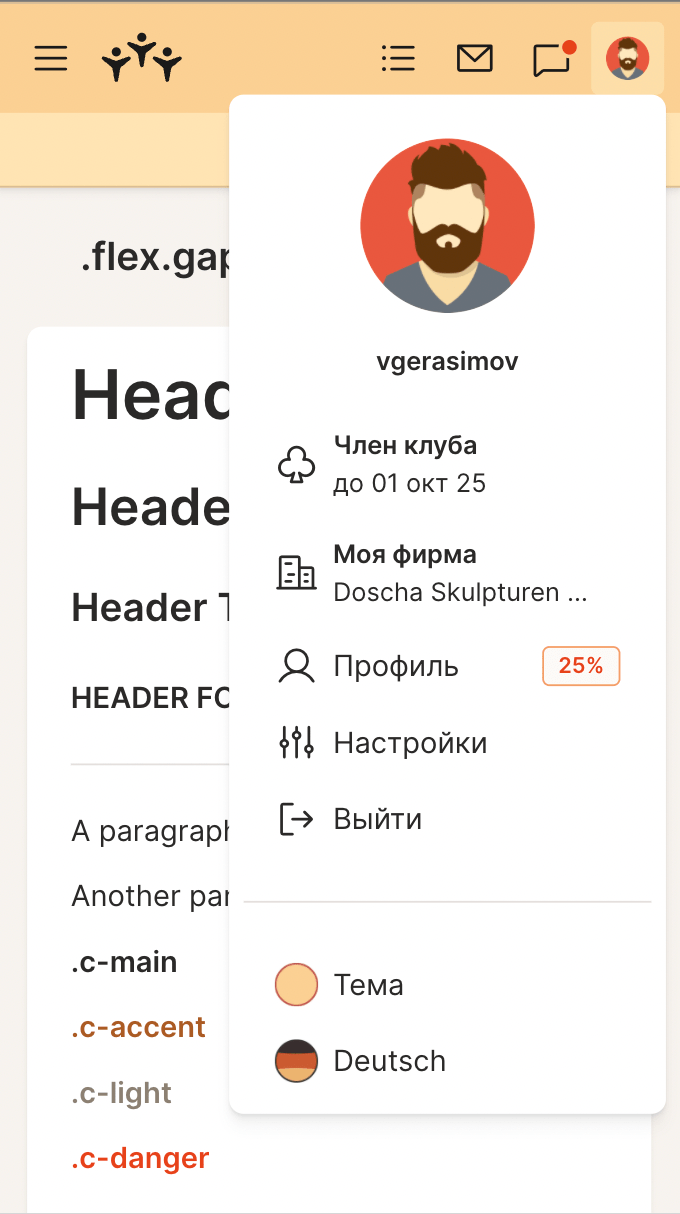 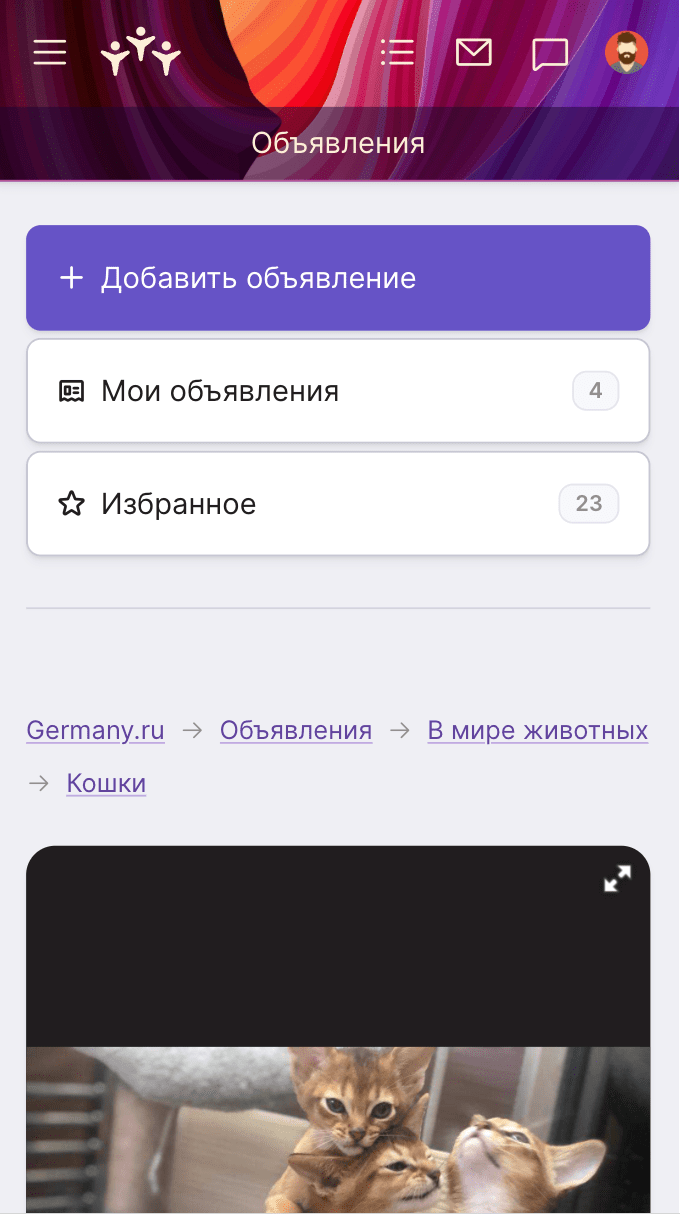 Once the system was in place, creating even a complex page has become as easy as putting together pre-made components. Ordnung!


A relatively simple page, assembled from components in just a couple of hours: 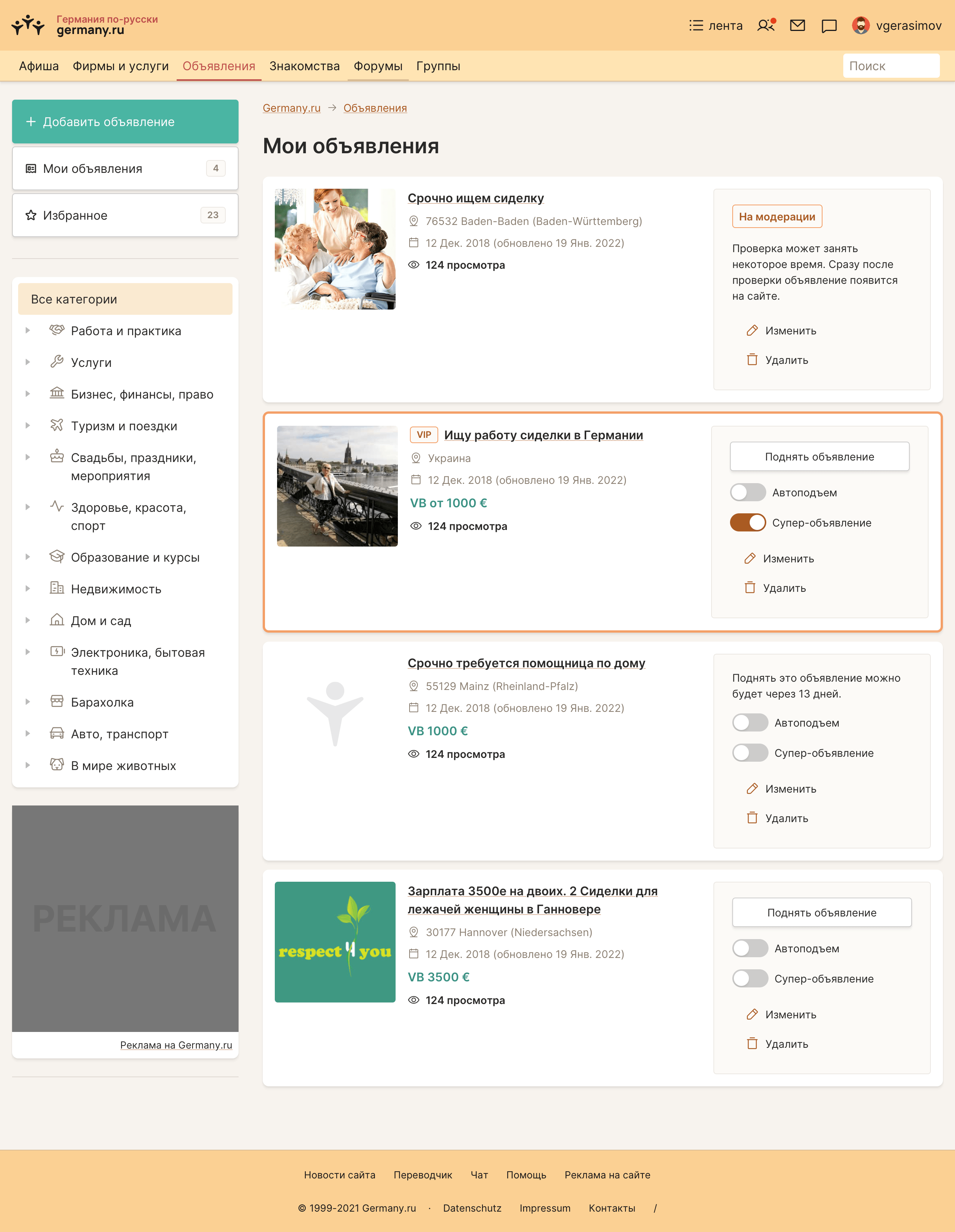 Next, we sat down with Andreas, and discussed how we can improve and simplify user flows, section by section.

Normally, in similar projects, I would fire up Figma and make temporary quick “wireframes” that we could discuss and iterate on.

After that, I’d create a “final” design of webpages in Figma, and hand them over to front-end developers.

But on this project, I am both UX/UI designer and front-end developer. This allowed me to express my ideas as production-ready web pages, putting components together. It has been incredibly productive. 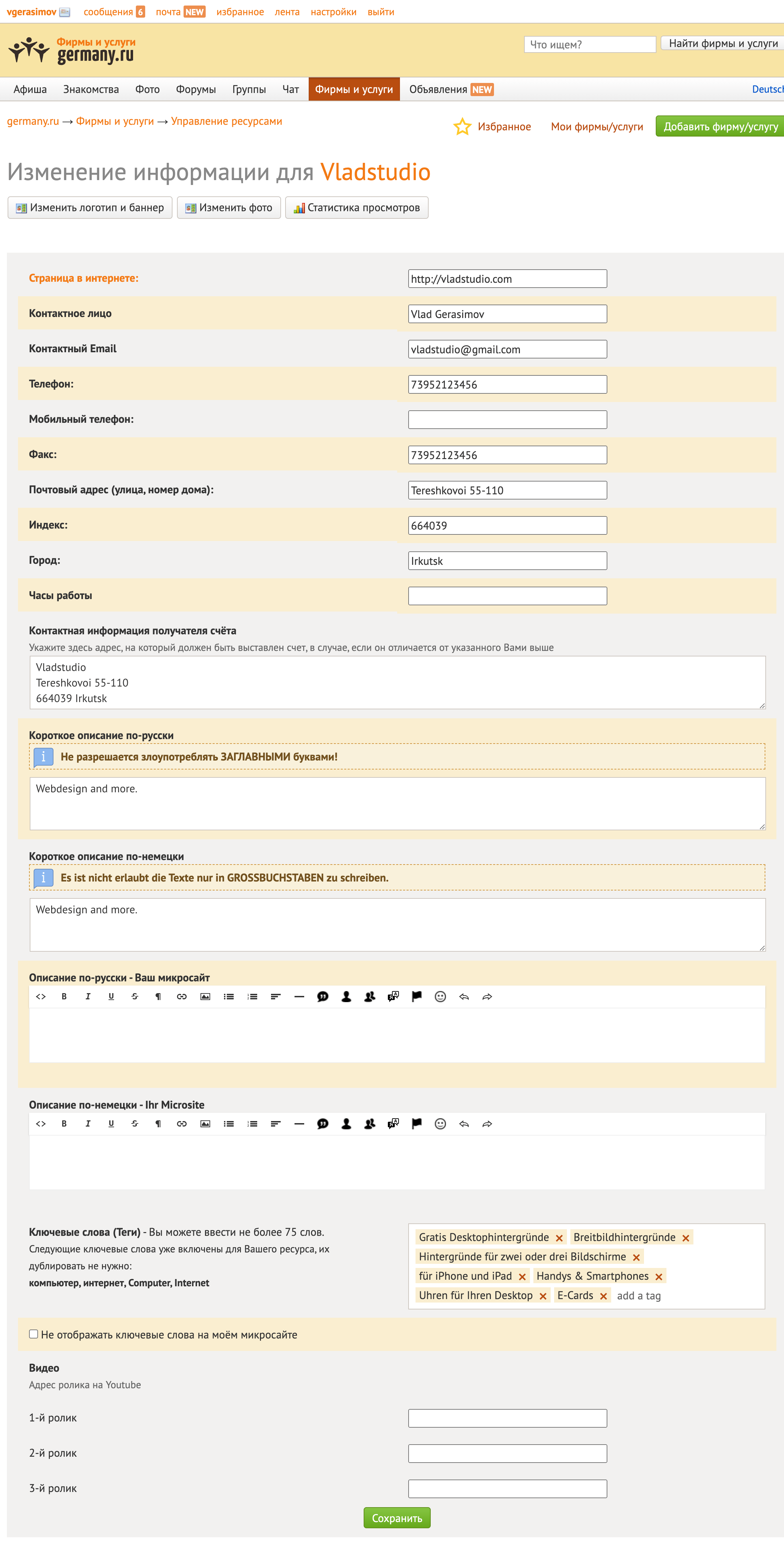 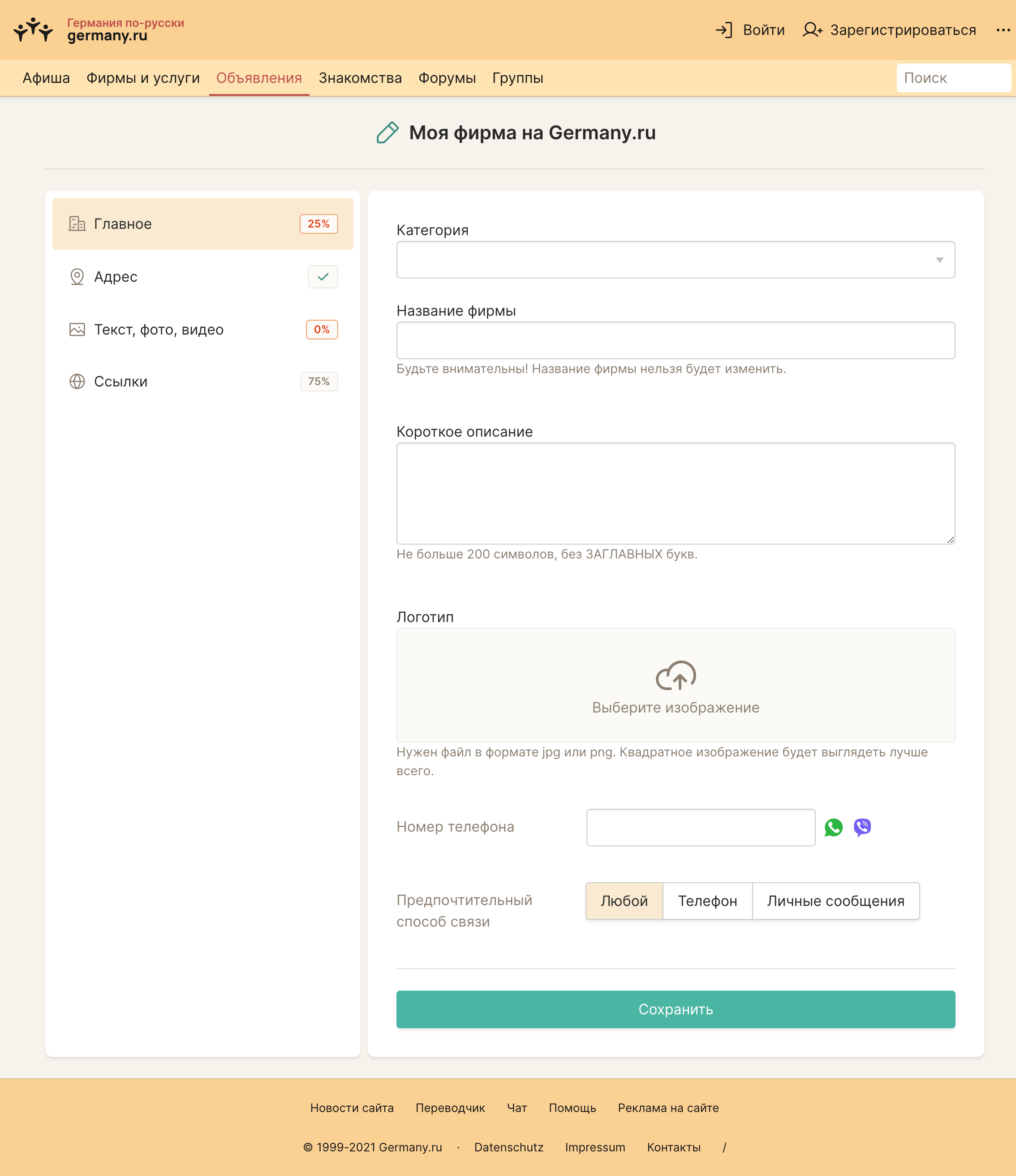