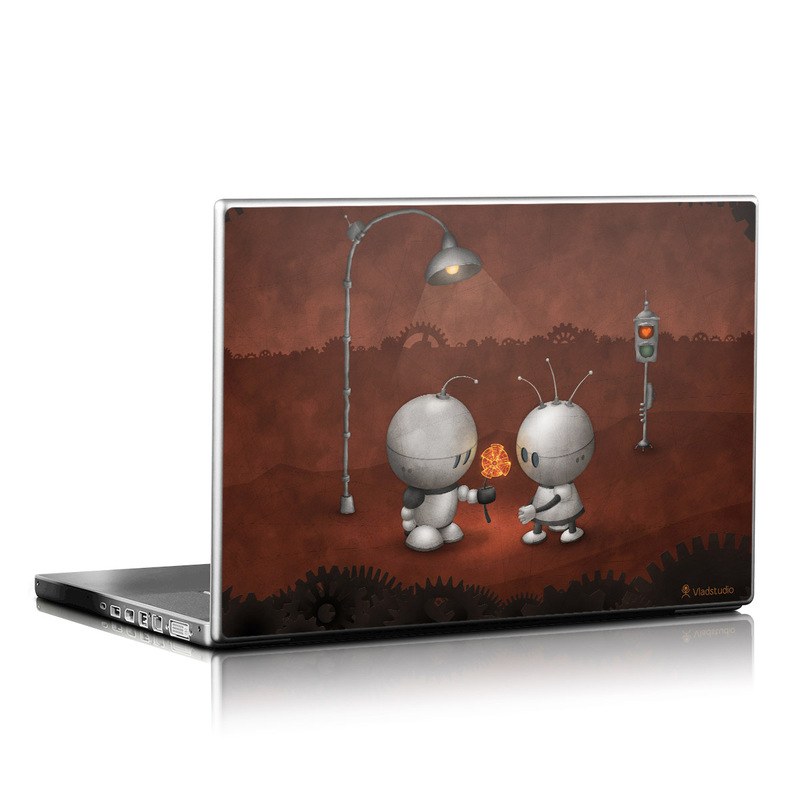 Philip  ·  5 February 2012
Aw it's cute! But the guy robot looks kinda sad - wouldn't he be happier if he was giving a flower to his love?

Kami  ·  7 February 2012
Thanks for the wallpaper, of course! But also thanks for the idea to check out Machinarium. I'd never heard of it before and it's great! Besides, anything by a design studio called "Amanita Design" has to be good...

Jeremy  ·  8 February 2012
It's great! I love the Machinarium feel to it. Any chance you would consider doing a release with just the background, and none of the foreground elements? :)

Jennifer Abel  ·  19 February 2012
I haven't been here in years, but as soon as I ran across this on another website, I immediately recognized it as your work. You are so original and so talented. I am so glad that you are still actively creating wallpapers. It really warms my heart. I am glad that I became a member so very many years ago (2004?). It was totally worth it. I am happy to have rediscovered your talent and your papers shall adorn my wall once again. Bravo, Vlad! Cheers, Jenn

Erick  ·  25 February 2012
Your work is truly amazing. Thank you for creating these beautiful pieces of art.

LianTze  ·  6 April 2012
Machinarium is a beautiful game. Love your interpretation of the robot couple. :)

Joss Terrell  ·  6 May 2012
Wow! The picture is fantastic, but I appreciate it so much more when I see the video of it being made! That is so much more work than I thought went into a picture like this. Thanks for your time and effort Vlad :)

Ольга  ·  29 November 2013
Does anybody has problem with time at this wallpaper? It shows me the right date, but the wrong time - dunno why

Eric Davelaar  ·  25 September 2014
I fell in love with this wallpaper at first sight! Only one problem, the clock does not adjust to my timezone (GMT-4) (I tried GT Blue and that did adjust) I will leave it on anyway, that's how much i like it. great work, thanks!

Kavalik Petr  ·  20 September 2017
@:ollylove Compare .ini files from other .wcz clocks like Broken and Traveler and just update/change last parts of .ini file so it looks like in those clocks. Should help.