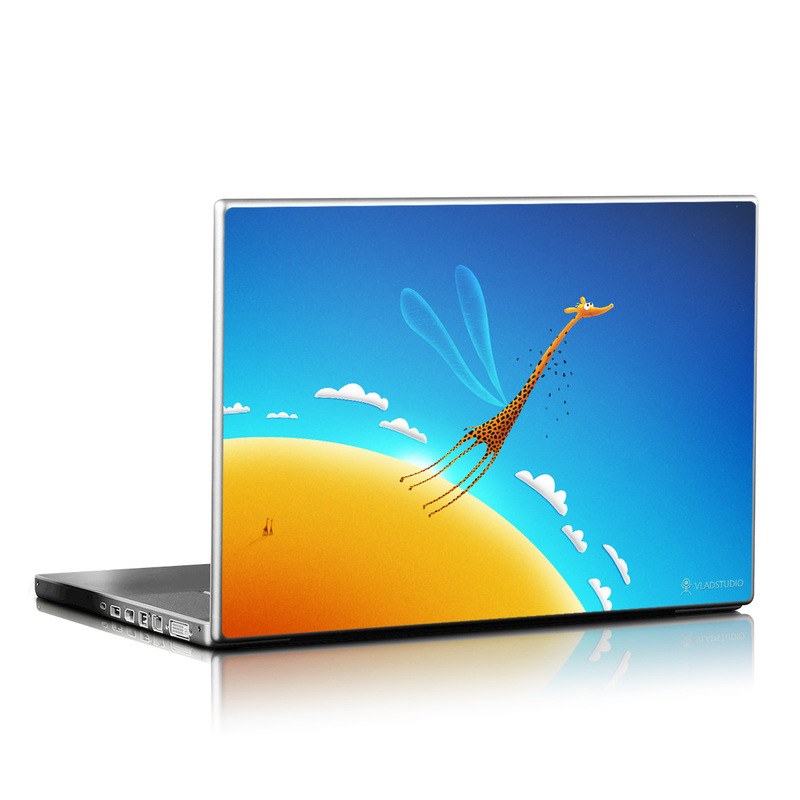 Vlad Gerasimov  ·  24 February 2008
I am back again with childish blue-yellow wallpaper! Sorry if  I repeat myself but I cant help it :-)

Ltmboy  ·  24 February 2008
Love the rays coming off the clouds. Another brilliant wallpaper Vlad.

Teresamar  ·  24 February 2008
Beautiful... inspiring... I have to repeat... my poetry blog www.sabordepalavra.blogspot.com wouldn't exist without your inspiring work... Even not understanding my portuguese words... it is easy to understand why just looking. All the best! T

Ampit  ·  24 February 2008
Thanks again and again. Go on with you poetic inspiration. It helps all of us.

lisa  ·  25 February 2008
Don't apologize! Fabulous! I love the expression on the giraffe's face.

Icey6  ·  26 February 2008
Beautiful! Pls. continue this story as a series...can't wait to find out where his wings take him and what happens when he loses his spots! Love the Pink Floyd reference!

Bibaniu  ·  26 February 2008
Wow! Polish language version of this site :) Great thing... And this wallpaper :D What can I say? I love giraffes, so this wallpaper is absolutely wonderful :) That's what I was looking for :)Thank you for sharing your talent with us :) Hugs, Barbara

Mariya K-W  ·  1 March 2008
Sammie, why the spots are coming is part of The Question.. The Giraffe is changing. Into what, we might be lucky enough to see if Vlad holds on to this one for a little longer :)

Carlos Villarreal de la Rosa  ·  4 March 2008
For wallpapers like this I suscribed to your site, please continue with this type of work...

dorene  ·  7 March 2008
I love your wallpapers! Every wallpaper is so creatively done and truly brings cheers to my working hours! Particularly this flying giraffe...it is my favourite animal, and I sense a wonderful liberating feel js looking at it.

Anurag  ·  6 May 2008
Really, No match for you. all others anre really very very impressive. Keep Up the good work and let others enjoy your creations. thanks

Gee  ·  2 March 2010
Forgot I had the flying giraffe pic open. My 1st grade students saw it, and got excited. One boy stated, "Giraffe can't fly." One little girl told him, "Yes, giraffe can not fly, but that is a fictional picture and I like it." They were listening when we were discussing genres. I guess you had to be there. Thanks for sharing your (in the words of my students, "AWESOME!!) work.

zarovicka  ·  15 November 2014
This one is really great man! I feel in love with this wonderful giraffe:)