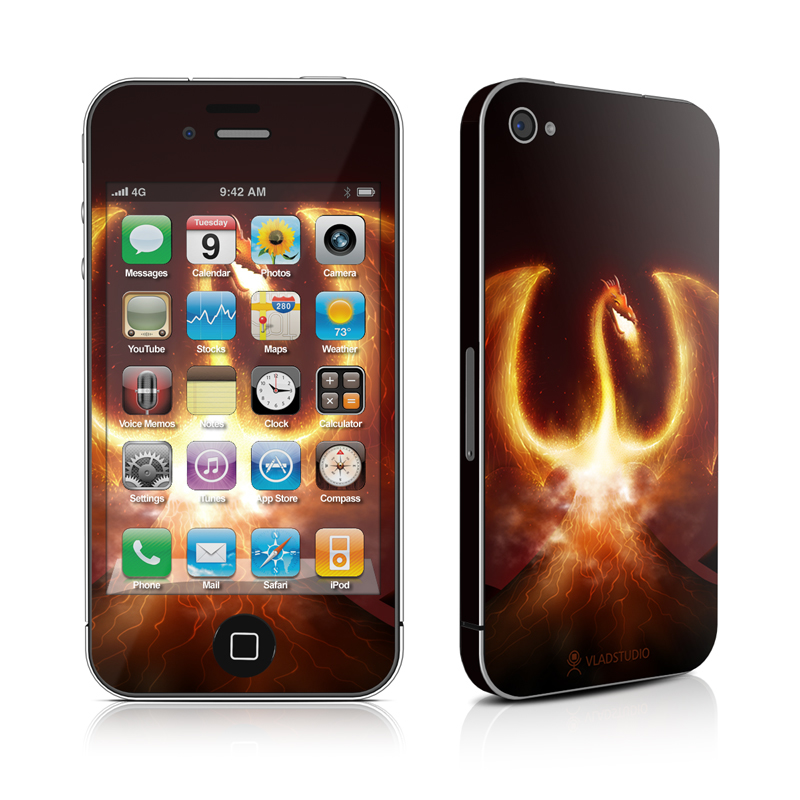 ionuca  ·  14 March 2008
OmG, I used to be obsessed with dragons and now you brought back this obsession. Thanks!

Marcus  ·  14 March 2008
That's what I call a "FIRING HOT WALLPAPER" I really do like dragons!!! Thx again VLad. Grtz from Ostend,Belgium.

Dagi  ·  15 March 2008
Not too experienced in tablet drawing?!? Let me laugh! :)) The thing is to find the best settings for your favourite tools! Great as always! Thanks Vlad, you're my own, personal Master! :)

Lihui Chen  ·  16 March 2008
The dragon does not look evil enough, and the wings are just too big. I thought it was a phoenix at the first glimpse. IMHO, that will be even better.

Joe  ·  18 March 2008
How you continue to create great wallpapers will baffle me forever, but please keep on doing what you do so very well. This is another wallpaper of yours that will be my desktop (that is of course until your next one). Thanks again

Ana   ·  19 March 2008
wow. It left me without words. Yeah, maybe it could use a more evil (you see, dragon-ish hehe) look... But it's totally awesome. Hey and was this without experience? I can't imagine it with experience!

Justin  ·  20 March 2008
Great work. Dragons are definitely a favorite of mine and you capture everything I love about 'em. Keep up the awesome work! MORE dragons please! =)

Mariya K-W  ·  20 March 2008
Dragons are not necessarily evil. There are different legends and teachings, there are good Dragons and bad dragons. Maybe Vlad's Dragon is from the good guys, hence insufficient evilness :)

Grant  ·  21 March 2008
This is spectacular. I have always had a passion for dragons, but this desktop makes me, well, do the thing that dragon is doing!

GwenGuin  ·  21 March 2008
And the Dragon of the Earth awakens after centuries of sleep, to see what puny Man has done to his beloved world. And Dear Vlad, I am mesmerised, energised, awed, and inspired in one breathless glance. The feel and mood of this image is crystalline in clarity and full of dizying depth of spirit. One bona fide standing ovation for this piece!!! Namaste, GwenGuin

angelkom  ·  31 March 2008
it was wooooooow it was reallllly amasing i just loveee art coool ...... soooo can't describe all i'll say is woooow

Matt  ·  4 April 2008
Hey Vlad, This is awesome, but I think you should do a version where the dragon is more subtle, disguised as flames.

Jonas Eek  ·  1 August 2008
WOW! That's awesome. I´v tried to follow the tutorial without any luck. I'm doing something wrong with the brushes in the beginning (The dragon). Don´t understand where to brush with the different brushes. Did anyone manage to complete the tutorial? Please post your result :)

Christina  ·  14 December 2008
just one question: how is this a photo manipulation? very good colors, very vibrant.

dragon tamer  ·  6 March 2009
omg that is so cool maybe the bet pic of a dragon ive ever seen truely oustanding job!!!