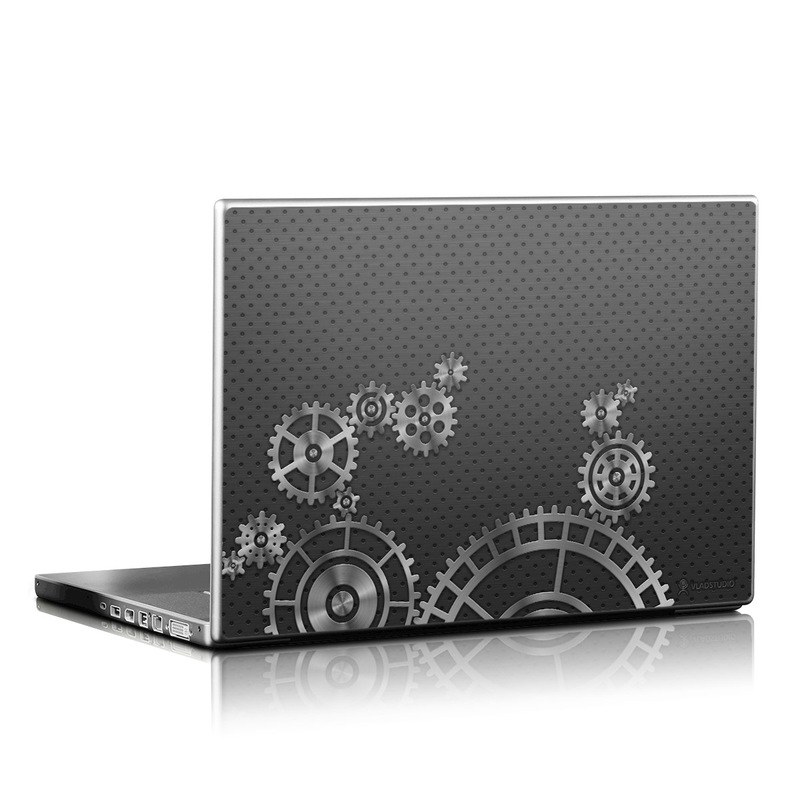 Vlad Gerasimov  ·  5 January 2009
This metal wallpaper was inspired by Cocoia Wallpaper, which was in turn inspired by  OS X System Preferences icon. It looks especially good in wallpaper clock format!

.qp.  ·  5 January 2009
Wow, it really looks like metal :) Could you do a blue variant? Something like blue metamorphic one :) I really admire your work, Vlad. Your wallpapers always make me happy. Thanks for making my life lighter and brighter!

Ehrm.  ·  5 January 2009
Sorry vlad, I like this wallpaper... but those gears wouldn't certainly work. Wouldn't it be better if they were correctly pinned within the little black holes? Good work, though. As I said, I like it :)

Luis Deprat  ·  8 January 2009
Thank you Vlad, for teaching us that inspiration can come from anywhere and that we can recreate a same thought on different languages of art... You Rock!!!

Calypso  ·  14 January 2009
Simply awsome! I love the colour and the textures, so neutral, yet creative. Thx a lot, Vlad.

Anon____  ·  15 January 2009
Ok this is crazy, I have to pay to get the wallpapers on my desktop that's mean ! You must me dum enough to create them anyway, in order for visitors to put them on their desktop they have to pay. Attention: There is russian out here to loot you ! I'll spread this over the internet.

Amy  ·  16 January 2009
Reply to Anon: You can always get the free version! You only have to pay if you want a better resolution and without signature (Vladstudio). Anyway, he creates them and deserves some appreciation for his works. If you don't like it then just leave him alone. He always have me and the rest of us that really appreciate his creativity. Kudos to you Vlad! Keep up the good work!

Samwise  ·  24 January 2009
Awesome wallpaper. Would be way better if the gears actually fit in the holes though. Anon, listen to Amy.

BUNNl  ·  27 January 2009
WTF Anon.. do you not know how to use a computer? Vlad lets you use these for FREE, you dont have to pay. Before you leave a stupid comment like that, make sure you have the facts dude. ,,|,,

nosajiam  ·  28 January 2009
This my first comment because this work to me has been your best as wallpaper. Not too busy. Good color contrasts with other icons. Very professional. I use it at work and home now. Thank you for sharing with us your talents and gifts.

Kinga  ·  29 January 2009
Vlad, Can you do some sad rainfall or storm wallpapers? Purty Please :) I will continue to

pablode  ·  16 January 2011
VERY good wallpaper! can i use this as a "site under construction" sign on my homepage??