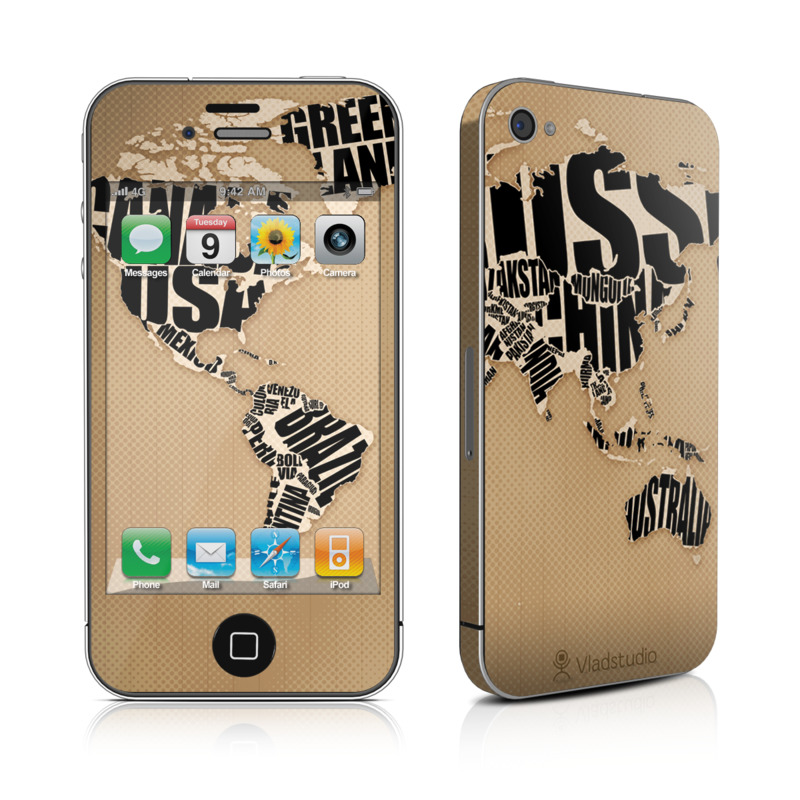 Vlad Gerasimov  ·  15 December 2008
I love drawing world maps! This time, shape of each country is represented by its name.

Arielle  ·  16 December 2008
One of a kind. One has to be truly an artist to think of doing something like this. Wonderful & amazing.

Soleil  ·  16 December 2008
Great idea, Vlad! But where is Armenia? Not even tiiiiny letters, not even a single letter, nothing! You've just cleared out my country from the world map :))) In fact, there is some space, you could add at least an A or Arm... or you risk to lose some of your returning visitors! :P

marcus  ·  17 December 2008
First to Soleil, do you know how many country's there are in the world... if vlad did put on every country a name, he has to use a microscope to put them there and you for reading it. I thought that Soleil was the french word for SUN,so if you are not happy that there's no letter A on the map of Armenia you have to chance your name to CLOUD, no hard feelings I just wanted to say that... Second to Vlad, again a lovely masterpiece for us to enjoy...;) Q: F1,next time? Grtz from Ostend,Belgium

birol  ·  20 December 2008
vlad this is perfect, really, people will go to buy this as a poster, can you do another work with blue colors?

somebody  ·  20 December 2008
Why there is no word on Taiwan(ROC)? Taiwan(ROC) and CHINA(PROC) is NOT ruled by one government now. I hope that everybody can know the fact.

·  22 December 2008
@somebody: I'm sure it's just a matter of size...pretty hard to fit anything ledgible into the island. A lot of small countries miss out...I'm sure it's nothing against Taiwan!

Johan Blixt Dackhammar  ·  30 December 2008
I love this one! And I also think Tim's idea with country names in native languages. Here's a list that could help you with that: http://en.wikipedia.org/wiki/List_of_countries_and_capitals_in_native_languages

JS  ·  3 January 2009
Nice one Vlad! :) Soleil, do not say Arm, if he puts that there you will have "Turkey Arm"...I dunno, doesn't sound good :P Israel, Lebanon and Jordan are missing too...but I cannot fathom how all three can be put in there.

me  ·  20 January 2009
This map is wrong. Canada should go all the way up to the top of the land mass, including all of those islands next to Greenland. That's part of Canada and your map is propaganda!

pete  ·  31 January 2009
sometimes your art makes it very hard to find the right words . its not only unique or beautiful or amazing or talented or or or ...-simply put this is the work of a true genius ! thx for letting us be a part of that :-)

Borno  ·  6 February 2009
HEY!! you completely left out Bangladesh. (the blank space between india and burma). nice wallpaper though.

guppyman  ·  12 October 2009
Soleil, did you know that he excluded not only Armenia, but Monaco, Maldives, The U.A.E, Singapore, Hong Kong, Tibet, Micronesia, Samoa, Polynesia, Palau, Vanuatu, The Mariana Islands, Hawaii, and countless many other nations that deserve the right to leave a mark on the map but can't because they're TOO SMALL!!! Don't blame Vlad for "clearing out" your country. On this map's scale, which would be about APPROXIMATELY 1cm:1000km, it would be nearly impossible to see your country on it if you don't use a magnifiying glass. BTW, the countries I've listed are either independent sovereigns or federal teritorries.

SoapMaker  ·  5 November 2009
I use it on my work laptop to escape a bit, I use it on my wife's pc and it finally found its home on my brand new MBP which will be part of the family for the coming RTW trip. This is great, same for the other MAP oriented stuff and I just wanted to thank you and congratulate for the nice job. so MERCI from Paris.

Erika  ·  17 December 2009
Very nice but it would be even nicer if it were availble in different backround-colours. Pretty pretty please Vlad or maybe Santa :) Thanks!

stav  ·  18 May 2010
hey m8! I noticed you didn't put Israel on your maps and it really bothered me. i hope it's just because of it's size and if not ill be happy to hear why. (BTW you are losing a LOT of potential costumers here in Israel because of that- i know a lot of people who really love your painting and just don't want to fund anti-Israelism) thanks!

milly  ·  27 February 2011
very creative... just would like to know- is it intended or not cos your whole world, by colour and way of using letters, makes me think of Africa...

Igor  ·  17 April 2011
I am using this as my Mac skin as well as my Blog and Twitter background (igorristic.wordpress.com). I love it, and hope that you are okay with me using it!

Marco  ·  7 January 2013
Hey just to made your concept even better. I think that the "U" in USA is taking some of Mexico's Baja Peninsula (http://en.wikipedia.org/wiki/Baja_California_Peninsula) Great wallpaper by the way. Regards

Marije  ·  25 October 2013
Hello Vlad, love this map. Do you have the map as vector or bigger than 2880*1800? Would love to have it printed 3mx6m and these files are not big enough. Please email me marijepauliendebruin@hotmail.com