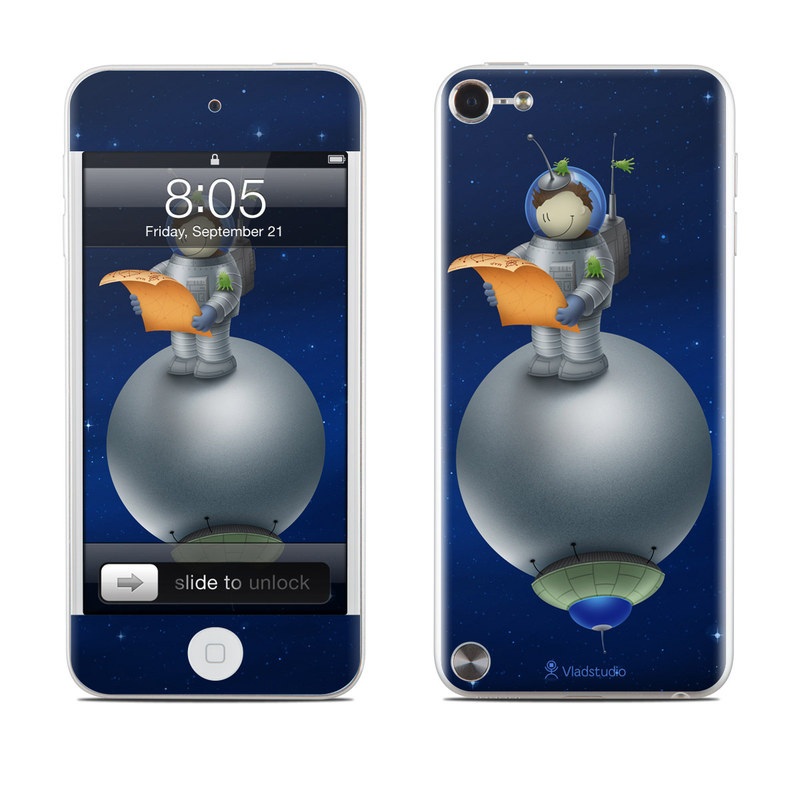 Vlad Gerasimov  ·  11 April 2009
Today is not only Easter, but also Space & Aviation Day, celebrated after Yuri Gagarin became the first human to travel into space on 12 April 1961. By pure coincidence, I created the wallpaper called Astronaut. Hope you will like it! As always, Adobe Photoshop only.

Verunka  ·  11 April 2009
Hi Vlad, maybe this sounds stupid - but really Easter is the only holiday you DON'T care about? I'm not fond of all those eggs and rabbits and stuff either, but I hoped you'd find a way to something biiger or maybe funnier... This wall is cute, for sure, but still I'm a bit disappointed and hope for your answer...well, feel free. It's just Easter is what I care about the most...I understand not everyone does. Anyway, have a blessed Easter.

Alex  ·  12 April 2009
Verunka, maybe there will be an Easter wallpaper since the Orthodox Easter is next week :)!

Justin Murray  ·  12 April 2009
ive been following you for a long time vlad, and i must say this has automatically earned a spot in my top 5 from you. amazing job on this one.

Vlad Gerasimov  ·  12 April 2009
Verunka: sorry if I offended you, I really did not mean to. I'm not against Easter of something like that, I was just inspired by Space day more. Arthur: ну вот, а я только собрался еще про космос порисовать :-) Thanks!

Andreas L. Madsen  ·  13 April 2009
Robert Marton: What a brilliant idea for a wallpaper. The story and the pics in the novel is somewhat the same style as almost everything Vlad do

·  13 April 2009
This reminded me of Little Prince (in high-tech version). Nice. But I believe that if Vlad were to create one classical one with Little Prince it would be even greater!

Vlad Gerasimov  ·  13 April 2009
Thanks for your comments! Honestly, I have been thinking about illustrating Little Prince for quite long time now. But I feel I need more years to become experienced enough, to do my very best. Please be patient :-) Thanks!

Robert Marton  ·  14 April 2009
Andreas L. Madsen: I see that we are not alone with this Little Prince feel of this wallpaper :) Vlad: you take your time, my friend, and surprise us one day ;)

Mariya K-W  ·  18 April 2009
Oh, no! This is The Little Prince! WoW! Didn't get it straight away.. Once again I say - lucky are the people who share their life with someone as special as you. You see THINGS. You see the IMPORTANT THINGS. Best wishes and eternal happiness to you all. :) :) :)

Brad Unger  ·  22 April 2009
This is your best yet. I love your wallpapers, but I've noticed that most of the character wallpapers are geared towards females, because they have hearts, ladybugs, pixies or cute little animals. This one is great for males. Anything with astronauts, superheroes, cars, sports, etc would be much appreciated.

Barbara Kurzawska  ·  28 April 2009
It's amazing. I love Astronomy & Physics. When I was a kid I was dreaming about being astronaut. So this wallpaper is perfect for me. Thank you, Vlad, for this gorgeous work. P.S. He also reminds me Little Prince on his tiny planet :)