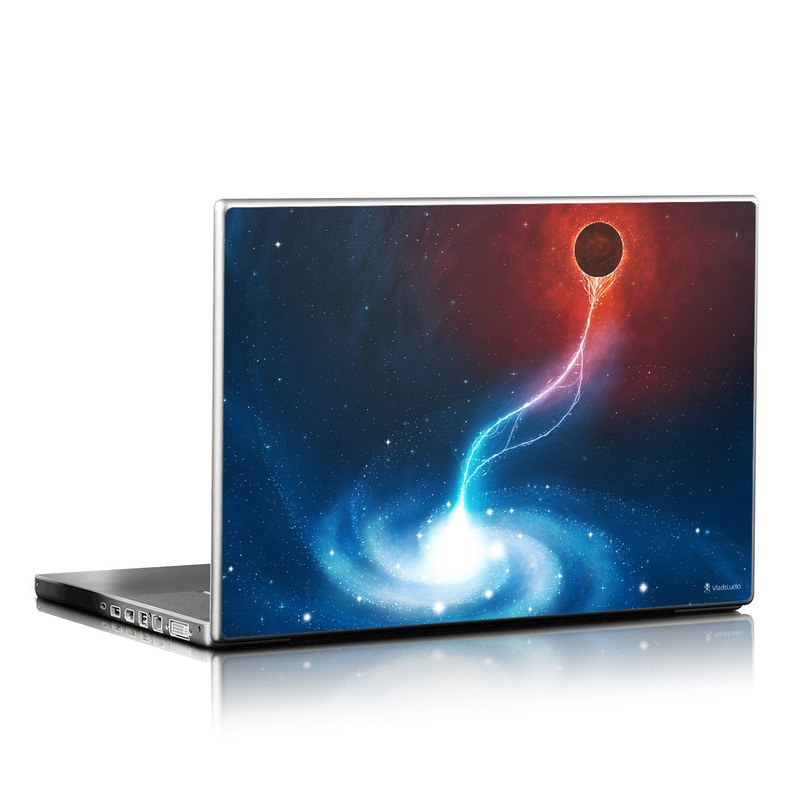 Vlad Gerasimov  ·  5 July 2008
Dedicated to the Large Hadron Collider, and all the fears associated with it :-)

Rodger Werner  ·  5 July 2008
Beautiful overall Vlad. Couple things I would personally like. Title throws me off, as light cannot escape a black hole, and yet you have light escaping. Perhaps if the title were reworked? Or, perhaps another version without light escaping to grasp the red orb? But I do love the blues and reds, the swirling stars and the hint of gases.

simgust  ·  5 July 2008
Very cool! As the other say: love your work... And it is totally amazing! VERY fun watching everything you make. Keep up the good work! :D

Matthew Bentley  ·  5 July 2008
"Dedicated to the Large Hadron Collider, and all the fears associated with it :-)" Haha, do you think they'll get hazard pay for that?

Kareem Khazem  ·  5 July 2008
Wow... is it the earth collapsing into a black hole and sucking up the sun? Really cool, I love it... the swirling stuff around the black hole looks nice

Beaver  ·  6 July 2008
If im brutally honest, your work of late has been poor. (By your own high standards) But this is back to your best!! Amazing piece, really incredible. More of this standard please!!

Greg Conrad  ·  25 August 2008
GREAT!!! My new Fav! I keep my desktop clean so that I am able to enjoy your backgrounds. Keep it up. Happy Olympics, 1 day late. USA. Thanks Vlad GC

Ojas  ·  27 October 2008
I've always been fascinated by space and looked for its backgrounds for my comp. But this is the best one by far! Really attractive placement! Thanks so very much, Vlad! :)

kruzlsee  ·  1 February 2009
So difficult to choose. They are all so beautiful. Thank you for sharing your creations.

David Brenner  ·  16 April 2009
Has anyone thought to look at this image with high contrast or negative colors enabled on their computers? It is quite spectacular and brings a whole new life to it. The shortcut for negative colors on a mac: Ctrl-Option-Command-8. It will produce a whole new image to stare at : )

rook  ·  22 January 2010
A little less than nothing is much more than enough to fill the infinite quota of anti matter stuff If time should fuse with matter and mass with energy bend With time warp feasability we may reach infinity's end LSVACH June 1972 this is something I wrote and publisshed as a poem, I think it fits your creation perfectly. I think your imaginative concepts are truely AWSOME!!!!!!!!!

Gary Haugen  ·  24 June 2010
Don't know how I ever did with out these desk tops their better then fantastic. Vlad is a great and talented person

flower  ·  31 August 2012
this is sooooo cool! it looks like theres a solar eclipse going on and the sun and moon are getting sucked into the black hole!!!

Luka  ·  14 February 2013
One of your most beautiful wallpaper clocks! Thank you!