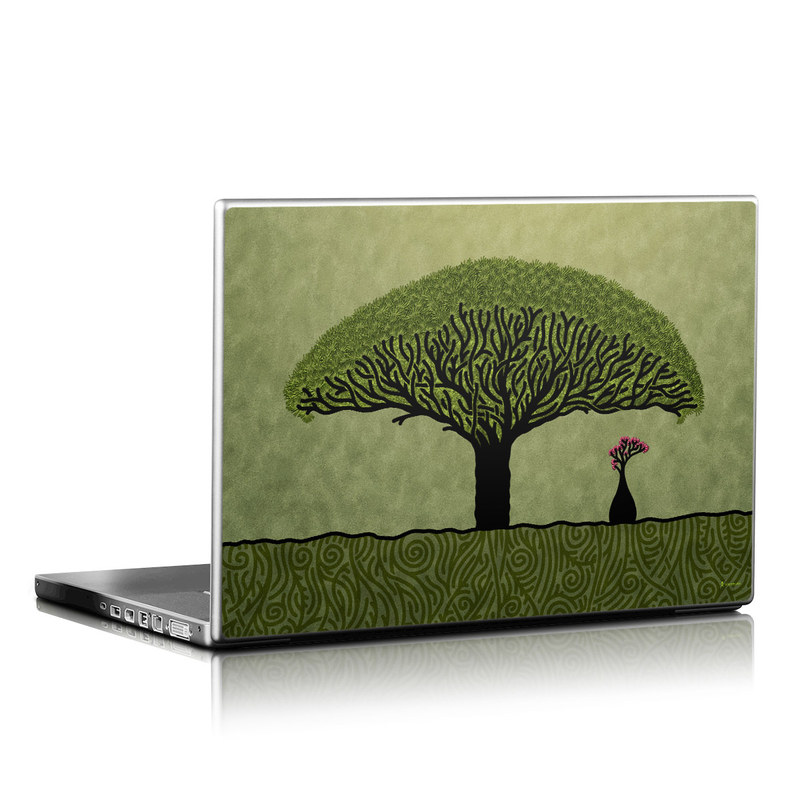 Vlad Gerasimov  ·  25 September 2008
Socotra or Soqotra is  a small archipelago in the Indian Ocean off the coast of the Horn of Africa. Socotra is one of the most isolated landforms on Earth, and it  is considered the jewel of biodiversity. Surveys have revealed that more than a third of the 800 or  so plant species of Socotra are found nowhere else. Shown on this wallpaper are the Dragon's Blood Tree (Dracaena cinnabari) and the Bottle Tree (adenium obesum). More at Wikipedia As always, Adobe Photoshop only, with little help of magical Wacom tablet. Thanks!

Richard  ·  25 September 2008
Another brilliant desktop. I don't know how I could live without my lifetime VladStudio membership. Thanks!

Kareem  ·  25 September 2008
Soqotra is wonderful, and this pays homage to the amazing life there. I especially like the patterns under the ground, they are lovely

Kareem  ·  25 September 2008
Glad to see you're back making wallpapers regularly, by the way: I missed them :)

Séka de France  ·  26 September 2008
What magnificent work of art, bravo. I congratulate you and thank you for sharing with us this marvel. Séka

LadyChrisA  ·  26 September 2008
Thank you for sharing these with us, Vlad. Your wallpapers are beautiful!! This one is just gorgeous.

Dwane Arthur  ·  26 September 2008
Greetings, This one makes such a great dual monitor desktop. It is just very relaxing. Thank you so much Dwane

Christina (Australia)  ·  26 September 2008
I agree with Richard. My Vladstudio lifetime membership was the best money i ever spent! I am so very happy with your amazing work and talent! Vlad you are very inspirational & wonderful!

AMPIT  ·  27 September 2008
How nice you are back and giving us such beutiful gifts. Thanks i is so beutiful and simple.

Xavier Robin  ·  27 September 2008
At first sight I found it so-so, strange, artificial... then I read the small accompanying text. I really love those pictures with a true story behind ! Now this is definitely one of my favourite (plus I need to go to Socotra to see it) :)

Xavier Robin  ·  27 September 2008
Oh, I forgot to mention, it's not all in the mind, see for instance http://loicmarchat.tripod.com/diaporama/socotra48.JPG ;-)

Cody   ·  2 October 2008
Absolutely amazing. I have read a few articles on this island and this truly captures the look. Thanks!

Jo   ·  2 October 2008
I check almost daily and change my clock weekly - but I might just keep this one up a little longer.

Esther Tomich  ·  2 October 2008
Fabulous, colors are gorgeous, and this is the perfect match for my new WindowBlinds skin I just downloaded. Thanks very much - love it!

librarian form Croatia  ·  2 October 2008
still in love with your work, put a link on my blog http://devetioblak.blog.hr but its in croatian... bye

JS  ·  4 October 2008
Doesn't matter whether my taste matches the art, I can still see it is a masterpiece! Bravo.

George  ·  9 October 2008
I think since I found this site i have never been so amazed at the creativity.

Paul Radford  ·  28 January 2009
I think this is one of your best yet. The textures are amazing - it looks like a photograph of an etched litho plate.

Dana Shai  ·  13 March 2011
Wonderful! So precious and delicate. Thank you. You visualized my dream.