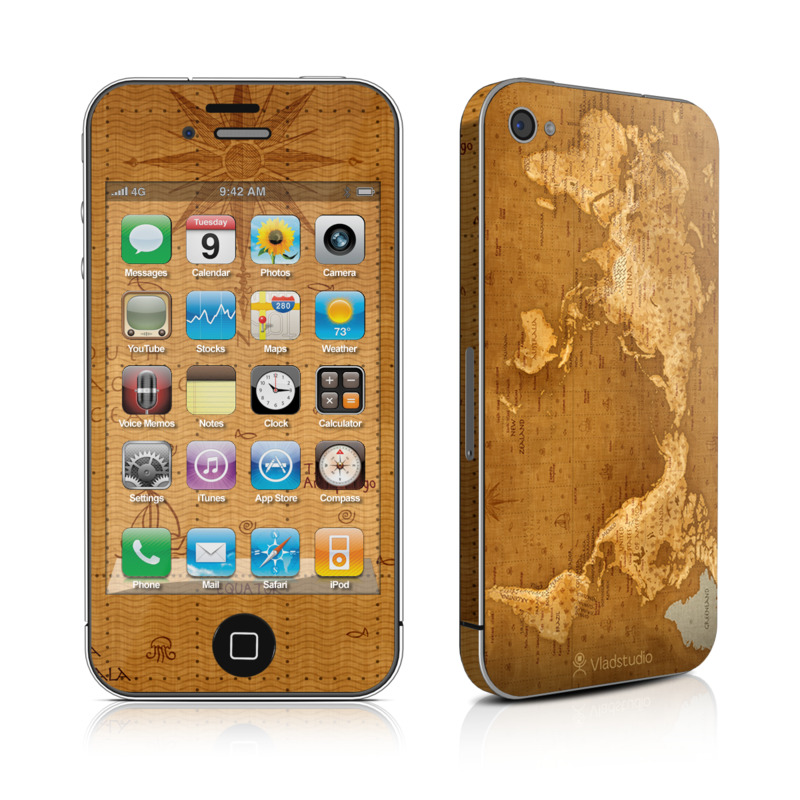 Vlad Gerasimov  ·  17 July 2009
I stumbled upon this kind of map in souvenir shop in New Zealand. I immediately fell in love with this idea! Because I love maps; and I love when things suddenly go upside down; and I love when familiar things get unexpected look! This artwork is designed with large printing in mind - it will look perfect as large poster! On smaller screens, all details might look too little though. I hope you will enjoy it! As always, created in Photoshop, with Wacom. Work duration: 12 hours precisely (non-stop :-).

Martin Stružský  ·  17 July 2009
Great idea, and I'm really pleased that I was the first one to know about this wallpaper from you. :-) Thanks!

Vlad Gerasimov  ·  17 July 2009
Philippe: yes I made the map indeed :-) I took real world map, flipped it and used for reference. I outlines continents, then added colors, shadows, textures, then added all texts, then little objects.

Missmath  ·  17 July 2009
Здравствуйте Влад, I was looking for such a map for quite a while, so thank you. Now that I see how you did, I don't know if I should dare a special request... it would ba a map rotated by 90°. Meridians would be parallels. I'm pretty sure nobody ever tried that ;-) Спасибо for your great work.

Imagine Programming  ·  17 July 2009
Nice design, I like it that it's flipped over. I noticed the Netherlands on there too (Neth) well done! hehe.

Luke Sky Walker  ·  17 July 2009
Hi Vlad! I am a Kartograph. Where is Italy and Greece? Danemark is less smaller. But nice design. Next: Pegasus Galaxie??

Vlad Gerasimov  ·  18 July 2009
Jo: good point! Hai Binh Nguyen: I knew I must make mistake somewhere! I'll fix it and upload new version. Fede: Thanks for the link, did not know that!

Geoff Gilbert  ·  18 July 2009
Brilliant, but I see you believe that global warming will melt the Arctic soon?

Kris  ·  18 July 2009
I follow your work for quite some time. I can say I am a fan of your art. I love maps and I collect maps too, but this one... I don't know. I think it is a miss.. poor color choice, no debt in the expression... The 180-degree rotation is a good idea, but it is not enough.. something is missing. Hard to explain -maybe not possible at all- but I think you can do better than that. No offense, it is intended just a friendly advice.

Νίκος  ·  19 July 2009
Wow, Russia looks BIG. Never realized it had a greater area than the European continent until now. (Actually it looks big on this map because of the projection: it's close to the pole.)

Sprogz  ·  20 July 2009
Nice work Vlad, you are one talented dude. You mentioned that you took a real World map and outlined the continents. Did you have this real World map on another monitor, look, then copy, look, then copy or some sort of onion-skin layer and traced over it? Did you draw the continents using the Photoshop pen tool or literally just a painbrush to block them out? I'm just interested in your method. I'd love to see a tutorial on how you create one of your masterpieces one day? Please.

Daniel Larsen  ·  30 July 2009
It's not often you find something this simple yet creative. Great, great work!

Stefan Monov  ·  12 August 2009
This is without a doubt your most astounding work. Better than They Stole the Moon. I am speechless.

Dave  ·  13 August 2009
I had my globe at home turned this way. People always say it's upside down, but I always ask how do they know. An alien space ship cold come flying in with the South pole up and that would be thier first impression of the earth. They would say all our maps and globes are upside down.

Katie  ·  24 September 2009
For New Zealand, you have labelled one island as 'Steward Island'...it's actually 'Stewart' Island. As a Kiwi, I think it's great to see a map finally the right way up! Though perhaps the colours should be a bit different...the map is a bit overwhelming and complicated. Keep up the good work!

Evgeny from Novosibirsk  ·  29 September 2009
Vlad, great work and astonising design! I was even more surprised to know you are from Irkutsk. Best of luck. you are great.

Shato  ·  31 October 2009
Vlad, i consider you to be a great artist and a visionary. You've inspired my taste in everything and anything that concerns graphical forms around me. but please, PLEASE don't forget to draw Slovak Republic on your maps! ..it makes me feel like I'm forgotten... :-( Juraj

Robert dot studio  ·  21 January 2010
This is fantastic! When i get some more cash I'll register to support your work! Thanks!

·  31 March 2010
oh so what it has dotted lines big deal there bearly noticable get a life man!